Holding the camera when pulling the picture out

Pulling the photo out of a Polaroid, normally I’m paying attention to not tearing the image tab and pulling at a steady rate. But, the hand holding the camera is very important too, and often not done correctly.

In an attempt to make the cameras smaller, Polaroid tightened the space that the film needs to make a 180 degree turn on it’s way out of the camera. Remember, the exposed film is at the front of the camera and must go around the end of the camera to exit at the back of the pack of film. If the camera is held tightly on the end the film is making the sharp turn, it get’s pinched and unable to make the desired trip.

Here you can see the early Polaroid sandwiched between a Reporter and a Super Shooter. 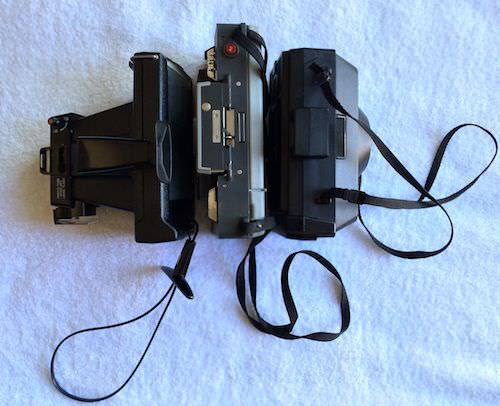 The early cameras had a handle area on one end, where the film is making the turn. The bodies are more solid and the handle is outside of the area of the turn. 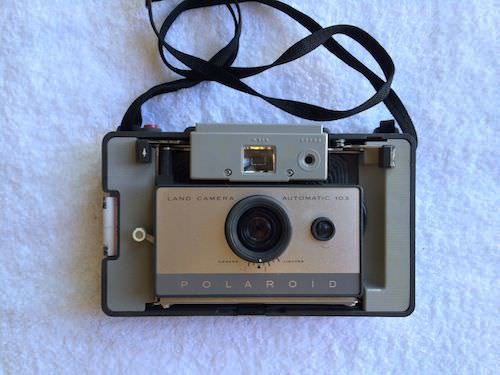 The Super Shooter and Big Swinger (not pictured here) have a handle that isn’t just for carrying the Polaroid. The ‘T’ handle is best used to hold the camera firmly when pulling the film out, removing the possibility of pinching the case. 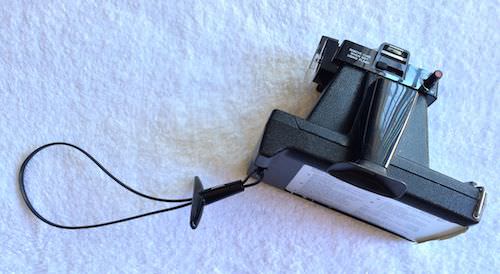 The ‘Reporter’ has a little ring that clicks into the back cover. Most people think this is for locking down the heat sleeve or holding the Pro’s timer. Actually, it flips out and should be used to hold the camera like the ‘T’ handle. But, the ring means fewer fingers holding the camera on pull, a trade off for removing the need for a big strap off the end of the camera. 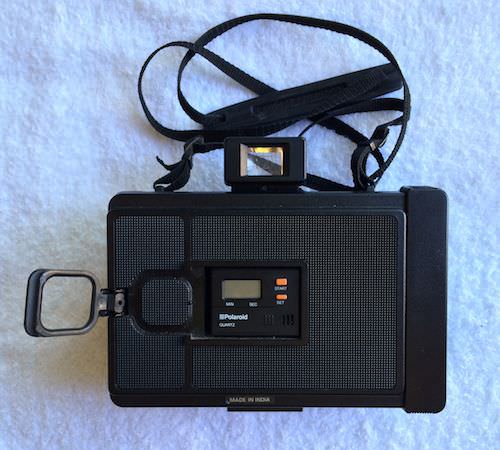 It is easy to see here how the flip out handle puts the holding area right where the extra area of the camera used to be in the earlier cameras. That extra area was also the battery holder so it isn’t there just as a handle. 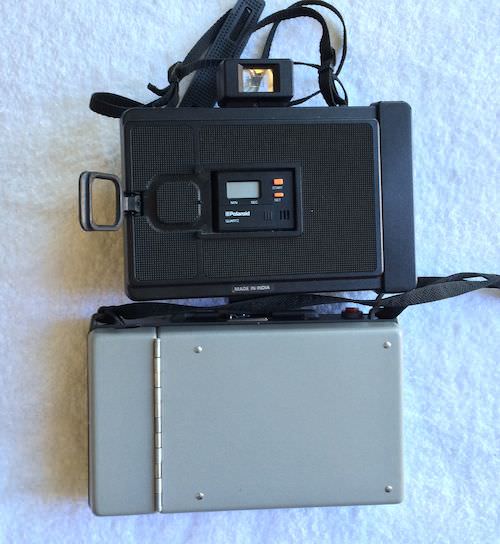 The instructions on the back of some Polaroids covers the rest of the process: 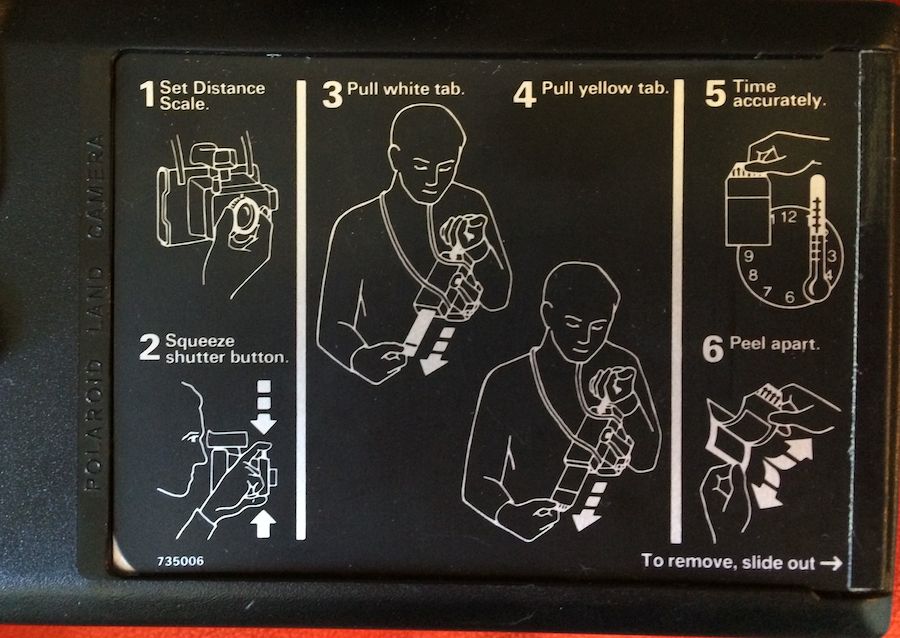