The obvious beauty with using a SX70 Sonar is it is simple to use. You can actually focus on things near or far away for nice depth photos. The autofocus is fast and you can see through the viewfinder what you will get. Not general information like with the 660 Sonar Autofocus or 600 Autofocus, cameras that have a viewfinder separate from the photography lens’s view. 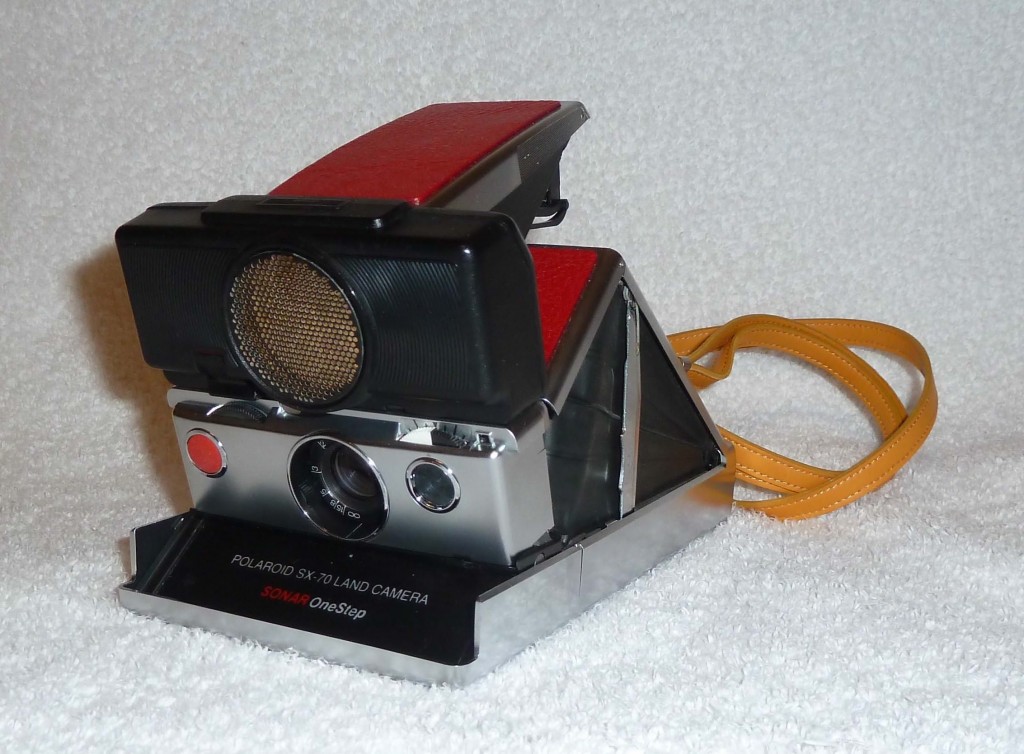 The less obvious, but equal effect for tuning photos is using a flash. I use a Mint Electronic Flash (available direct or through The Impossible Project) when using a older Polaroid Box camera or the SX70 (Alpha and Sonar). The Mint Flash has a 1/2 power and full power setting. Most people use the default of Full Power for SX70 film and 1/2 Power for 600 film. Included with the flash is a couple color gel defusers.

When looking through the viewfinder, there is a small red light on the right that will appear if the camera feels there isn’t enough light without a flash. It is important to know, you can still take a photo. The camera will extend the length of time the shutter is open. If your going to do a lot of low light photography (like night light tracking), mount the SX70 Sonar on a tripod. If your Sonar doesn’t have a tripod mount screw, there are clip on plates available.

This is an example of a pumpkin with a light inside, in a dark area of the house, white background. I didn’t use a tripod on purpose to show that you can get a reasonable shot but the camera has to be really still. Otherwise you get what looks like light it bleeding but really it is the camera catching the movement with the shutter open. 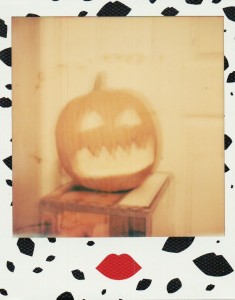 Next, this is 1/2 Power Flash on the Mint Electronic Flash. Normally the setting for 600 Style film (Impossible Project). As you can see, there is a different effect with the contrast/saturation coming through. Something to consider when looking for impact in a lower light subject. Notice though that the outer edges of the print area isn’t able to get the full power of the light.

Finally, the flash on Full Power, as is suggested by Mint. This results in the classic Polaroid Print we are all familiar with.  There is more possible for adding punch to your Polaroid Prints by understanding the power in your hands. And this, without even touching the manual light/dark override dial. 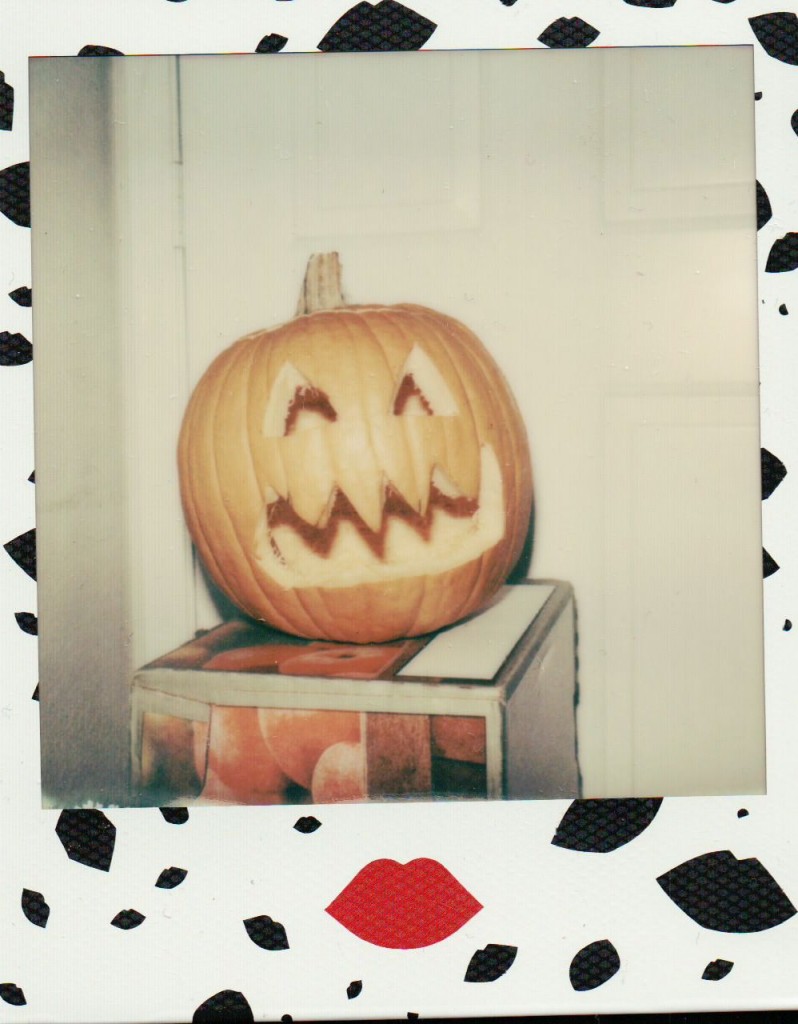